The suspects were apprehended during a raid on their hideout in Ogbomoso, Oyo State. Officers of the EFCC swept on the location, after diligent analysis of series of intelligence gathered on their alleged criminal activities. 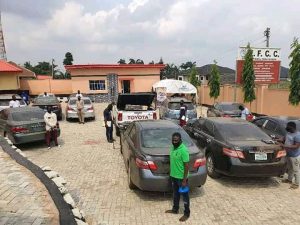 Three of the suspects claimed to be serving members of the National Youth Service Corps ( NYSC), 19 were undergraduates of various universities across the country, while the remaining 10 laid claim to sundry vocations. 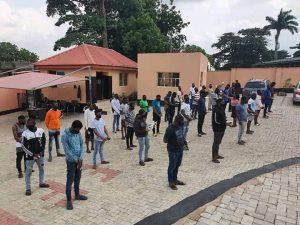 At the point of their arrest, 12 exotic cars, several phones, laptops and some incriminating documents were recovered from them.

The suspects were subjected to thorough screening by medical officials of the EFCC, in line with the Covid-19 prevention protocols.

They would be charged to court as soon as investigations are concluded.

The Federal Government yesterday said it was against the resumption of schools on January 18. At the briefing of the Presidential Task Force on COVID-19, […]

The Kaduna State University, KASU, has terminated the appointment of Dr. Idowu Abbas of the Geography Department, over allegations of sexual harassment, and directed that […]

The Rivers State University of Science and Technology, RSUST post UTME screening exercise application form for the 2020/2021 academic session is out. Latest Update: The second […]