Dada Tobiloba Benjamin, a 300l student of Political Science, Faculty of Social Sciences, Lagos State University, has been shortlisted as one of the participants to participate on popular reality TV show tagged, ” FACE OF IMAGE HOUSEMATES SEASON 4 which commences this week 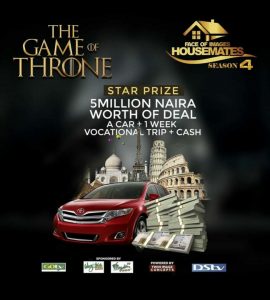 Campusinfo gathered that the competition is expected to house many participants whose activities would be shown live on DSTV CHANNEL 259, GOTV CHANNEL 98, STARTIMES CHANNEL 159.

Dada who was shortlisted after series of selection processes beseeched members of the University Community to support him by voting when need be.
“I appeal to all staff and students of the Lagos State University to support me through their voting and when needed, and i promise to uphold the integrity of the school ” he said 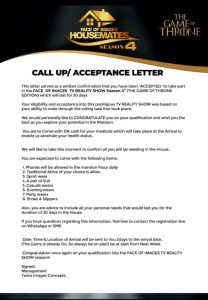 The Political scientist in the making further vowed to uphold the hard earned public image, name and integrity of the Institution through active representation and good moral conducts.

Applications are invited from suitably qualified candidates for admission into the University of Port Harcourt (UNIPORT) Institute of Agricultural Research and Development (IARD) Short Courses, […]

Applications are invited from suitably qualified candidates for admission into the University of Port Harcourt (UNIPORT), College of Continuing Education (CCE), Part-Time Degree Programmes for […]

Applications are invited from suitably qualified candidates for admission into the Diploma in Law Programme of the College of Continuing Education, University of Port Harcourt […]