The provost, our correspondent reliably gathered, used N36m to build two toilets in the institution funded by the Tertiary Education Trust Fund.

“The provost concluded everything with the contractors before going into the bidding process. Warri College of Education is synonymous with corruption and other fraudulent practices.

“But even if you raise the alarm, nobody will do anything because the whole system is corrupt. Those who are supposed to take action will not cough because they have been taken care off too,” he said.
In a memo with reference number TETF/ES/COE/
AL.2017/VOL.XVII, each of the toilet block gulped N17, 135, 871 while N2,593,459 went for consultancy.
Two companies, Awaguma Nigeria Limited and Henag Nigeria Limited, said to have been brought in by the college provost, handled the projects, which was titled, “Construction of modern lavatory for male and female students block ‘A and B”.
A source in the institution told our correspondent that the funds were part of the N75m “intervention fund” made available by TETFUND for the college.
“The arrangement to build the two toilets for N17, 135, 871 each and N2,593,459 consultancy was made between the provost and the two contractors she brought in. Corruption and fraudulent practices have become part of the school. The institution has corruption in its DNA.

Pictures of the toilet below 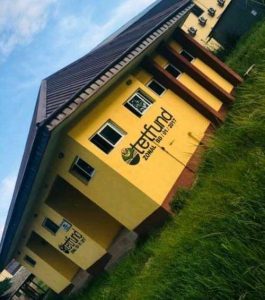 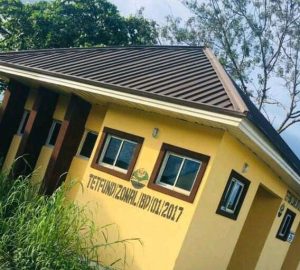