A senior secondary school girl in her 14 has been nabbed after she attempted to shoot her teacher with a pistol in Cross River State.

CAMPUSINFO learnt that the student whose name is withheld for the purpose of print was arrested last week at Government Secondary School, Ikot Ewa in Akpabuyo local government area of Cross River State. 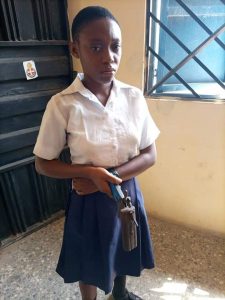 According to Otunba Charles Edem, an eyewitness who shared the story, the teenager wanted to shoot her teacher for telling her to cut hair.

“This girl went to school at Government Secondary School Ikot Ewa with a gun to shoot her teacher for telling her to cut her coloured hair.. 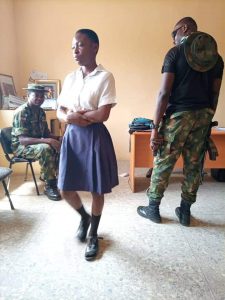 “The girl resumed back to school and was asked by her class teacher to go home, barb her colored hair. She got furious and sneaked a gun to the school to repay her teacher.