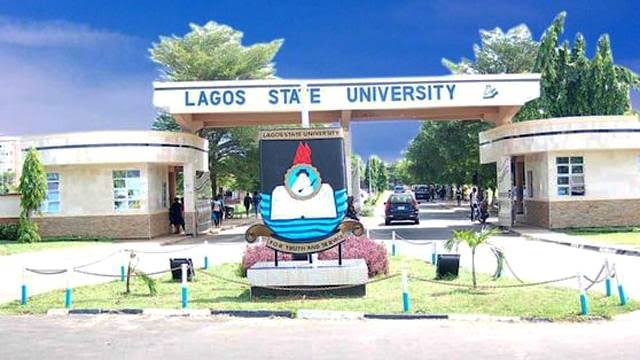 The Lagos Government has assured all stakeholders that the appointment of the next Vice-Chancellor for Lagos State University, LASU, will be based on due process and merit, stressing that Governor, Babajide Sanwo-Olu has no anointed candidate for the post.

The Special Adviser to the Governor on Education, Mr. Tokunbo Wahab, gave the assurance on Thursday while appearing on a radio programme, while shedding light on the cancellation of two processes undertaken to appoint a substantive Vice-Chancellor for the institution as recommended by the Special Visitation Panel.

Wahab said that the Panel of Inquiry set up by the Visitor to the University, Governor Babajide Sanwo-Olu, submitted that the procedure for appointing a new Vice-Chancellor did not comply with the laws regulating such process, noting that LASU is a creation of the law and the appointment of the VC must follow the extant provisions.

According to him: “By law, there must be an advert that calls for applications from qualified candidates for the post of the Vice-Chancellor. The requirements for the post as contained in the advert must be ratified by a properly constituted Governing Council before publication. However, the advert was published without recourse to the Governing Council and was only presented to the body as a fait accompli, giving way to favoured candidates to emerge.

“Among the contentious issues were the years of experience of interested candidates on professorial cadre, which was benchmarked at five years. The Chairman was accused of suggesting names of preferred candidates to the Council at its first meeting.

“The Council that eventually ratified the advert and conditions published in the advert was not properly constituted, hence the candidates that emerged were selected and not appointed according to the laid down guidelines of the institution.”

Stating that the Visitor, by his actions, did not delay the appointment but was only interested in a process fair to all candidates, the Special Adviser, said the Governing Council was given a second opportunity to undertake a fresh process of appointment, but a deluge of petitions appeared even before the outcome of the process was made public.

Describing LASU as a global brand and the best State University in Nigeria, Wahab said the institution was building a world-class Business School on Victoria Island and has already established a partnership with Cornell, an Ivy League University in New York, USA.

According to him, the focus of the State Government is the constitution of a new Governing Council and a Visitation Panel that will ensure a free and transparent process of appointing the LASU Vice-Chancellor.

“We desire a due and transparent process, which informed our stand that the appointment must be merit-based because you cannot build something on nothing; let the process throw up the best,” he said.

In response to the host’s expressed belief that Nigeria is a country where the leader has to micro-manage, the Special Adviser maintained that LASU is an independent institution but, as Visitor, Governor Sanwo-Olu has the prerogative of intervening to prevent a flawed process of appointing a Vice Chancellor for the University.

Wahab, a lawyer, said the former Vice-Chancellor, Prof. Olanrewaju Fagbohun, SAN, did exceedingly well as he put LASU on a global pedestal, pushed the institution’s image and reputation to the world stage, and managed the deep-seated disagreement that led to this protracted process, which preceded his appointment and tenure.

UNIVERSITY OF JOS,(UNIJOS) Hires Hunters To Protect Campus And Hostels