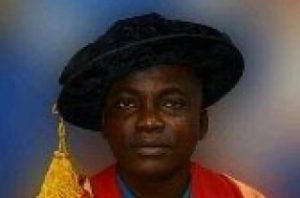 The university’s Joint Council and Senate Selection Committee, which is statutorily chaired by the Chairman of the Governing Council, Professor Adebayo Ninalowo, has shortlisted the candidates who are billed to be grilled by the committee on Monday 21st of December, 2020.

After its final assessment of the applications of the various applicants, the successful internal candidates shortlisted to make the list of the top three to be forwarded to the governor, Babajide Sanwo-Olu, for his consideration for the eventual appointment whom, it noted, were found fit and worthy to become 9th university’s substantive vice-chancellor includes, Professor Kabir Akinyemi, a professor of medical microbiology, an indigene of Lagos state from Ikorodu Division, current Director of Linkages, Partnerships and Collaboration, LASU, he is also an Alumnus of the university and a prominent member of the Association 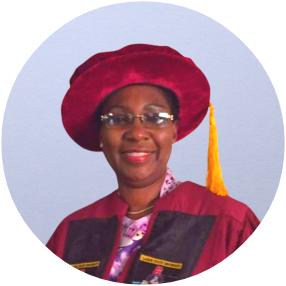 Professor Ibiyemi Olatunji Bello, a professor of physiology, fellow of the Nigeria society of physiology and current Director of Lagos State University Directorate of Advancement (LASUDA) and hails from Owo in Ondo State. She is the wife of the current Commissioner of Environment and water resource, Lagos state, Tunji Bello. The third, Professor Olumuyiwa Odusanya is a professor of public and community health and the current Director of research LASU, he claims to be an indigene of Lagos state from Epe division. 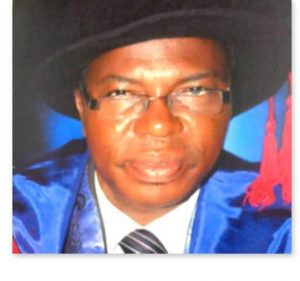 Professor Kabiru Akinyemi is the quintessential of a peg that fits the hole perfectly. Aside the fact that he is the only alumnus of the University among the contestants, he has at one time managed the students as a former Dean Students Affairs, he was former Chairman ASUU-LASU, and also has served at the top management level of the university as a former member of the Governing Council of LASU.

Professor Akinyemi is a renowned scholar in the field of microbiology, he is a Fellow of the Royal Society of Public Health (FRSPH), United Kingdom and Fellow of the highly referred Alexander von Humboldt (FAvH). Through his personal effort, he has won equipment grants worth millions of naira installed in the Department of Microbiology, LASU. Professor Akinyemi is currently the chairman Lagos State Indigene Verification Committee (IVC), LASU.

Ibiyemi Olatunji Bello has served in various capacities including membership of the current Governing Council of the University. She however joined the service of the Lagos State University lately by transfer of service/ appointment from the University of Lagos. Professor Olumuyiwa Odusanya possesses a Fellowship certificate of the National Postgraduate Medical College of Nigeria, the advertisement for the position clearly states that such a candidate must be a scholar with significant impact in areas of international supervision and examination of PhD, and must also have supervised students (especially PhD).

Although, lack of PhD degree remains a minus in the CV of Professor Olumuyiwa Odusanya, he has worked seriously at ensuring successes recorded in the last two research fairs organized in 2019 and 2020 by the current administration of the outgoing VC, professor Lanre Adigun Fagbohun, PhD, SAN, NPOM.

With the ongoing intense politicking at the Lagos State University (LASU), Ojo, over who succeeds the incumbent Vice-chancellor, Professor Olanrewaju Fagbohun. However, the fact remains that LASU needs a vibrant, hardworking international scholar to sustain it’s current ranking in the global scenes, the university rose from nowhere to be ranked second in Nigeria in the 2020 Times Higher Education (THE) World University Rankings, the dwindling IGR and management of members of Staff and student’s Union.

It would be recalled that Fagbohun, a professor of Law and senior advocate of Nigeria, who resumed as the university’s 8th substantive vice-chancellor on January 11, 2016, will complete his five-year single term of office on January 11, 2021.