Lagos State University has signed a partnership agreement with Cornell University to start a business school in Lagos .
Cornell University is a private and statutory Ivy League research university in New York , USA.
In his welcome address, the Special Adviser to the Governor on Education , Mr. Tokunbo Wahab , expressed joy that the two Institutions are starting the collaboration.
Lagos State Governor , Babajide Sanwo -Olu , while speaking during the signing in a virtual meeting , said the state government had donated a building and a piece of land in Victoria Island for the takeoff of an Executive Collaborative Programme to be run by LASU in partnership with Cornell University in New York , adding that his administration had expanded the capacity of School Jobs Initiative to accommodate the needs of students in eight tertiary institutions in Lagos .
He said, “ We have donated a building and a piece of land in Victoria Island for the LASU / Cornell University Executive Collaborative Programme , which will be ready in the next 18 months . In this fast – paced world, we cannot continue to bask in the euphoria of yesterday’ s successes ; if we do not step up our game, others will catch up with us and even overtake us.
“ We , therefore , expect these programmes to further transform the economy of our State in the nearest future , since the majority of young people who will undertake the programme will end up as professionals, entrepreneurs and also become employers of labour. It is common knowledge that sound education is pivotal to economic growth .”
In his response, the Vice Provost for External Education and Executive Director e-Cornell , Prof . Paul Krause , appreciated the government ’s partnership and pro- activeness in the education sector .

SEE PICTURES OF THE BUSINESS SCHOOL 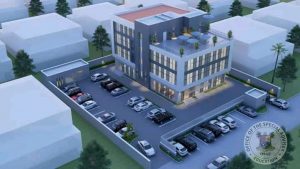 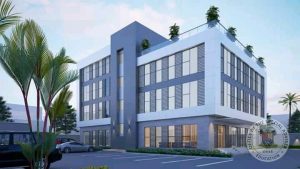 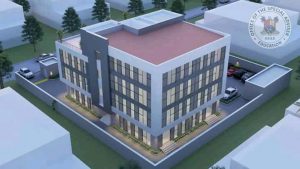