The lyrics of the well celebrated song of one of the proud Nigerians Timi Dakolo titled “I Believe in Nigeria” has always been a song of hope to many Nigerians however, there are strong rhetoric questions that flocks my mind anytime I treat myself to the message of hope which the music communicates. 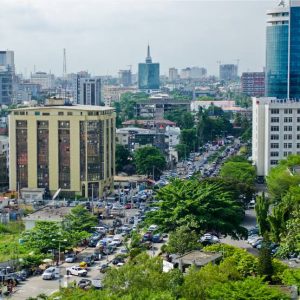 It is of great importance to define the concept of strong men and strong institutions respectively in this context.
Wikipedia defines institution as structure or mechanism of social order and cooperation governing the behaviour of a set of individuals within a given community.
Online dictionary.com defines institution as an organization, establishment, foundation or the like, particularly one involved with education, public service, or charity work. It is in this contest I will equate institutions with structures, organizations or public bodies such as the civil service, the police, the parliament, the EFCC, the NAFDAC, INEC etcetera. This manner of understanding institutions is at best only partially correct because institutions as stated by Jideofor Adibe are also rules, conventions, ethos that have endured over a period of time.
Institutions are crucial in any system because they help to structure social interaction, allowing for stable expectations by imposing form and consistency on human activities. For instance, an Electoral law which fixes Election into public offices at specified years as prescribed by Law and which requires those defeated to bow out honourably means that, such law, if it has been observed for a sufficiently long period of time, has become institutionalized. This is another way of saying that the law has become notorious by way of its consistency and this makes it Rule of laws. In other words, our laws must be institutionalized to promote the dividends of democracy.
It is also important to reiterate this question that do Nigerians really need strongmen? Or what is strong men perse? Some definitions here will not be out of place. I believe that many of us who advocates for strong institutions believed that strong men can be described as people in leadership positions who are narcissistic about the positions they occupied, those who are corrupt, those who will not hesitate to jump out of the Police van just to avoid Legal Arrest, those who were trained on how to faint during accountability, God fathers who are looking for their loyalists but not to the institutions , those who kill to get what they want, political vicious people in the government, those who does not want anyone to know who is bankrolling their self acclaimed Agenda to the nation and those who like to throw their weight around or want everyone to fear them. These are the attributes of strongmen we have in the government. Men like former president of Zimbabwe, Robert Mugabe, who strongly held on to power for almost four decades, men like former military Head of State, Major Gen. Sani Abacha However, the term strongmen can also means strong Leaders. Importantly, strong Leaders are strong men but not all strong men are Leaders. If by strongmen they mean leaders, who are firm, just and act out of conviction, then it is obvious that Nigeria certainly needs such people just as we have people like Chief Obafemi Awolowo, Nnmadi Azikwe and Ahmodu Bello who were really patriotic about their country. People like the late Nyerere of Tanzania or Mandela who can command legitimacy across the main fault lines to begin the process of rebuilding trust among the constituent parts of the country. Recourse must be made to the words of Chinua Achebe in his slim booklet, where he affirmed that The Trouble with Nigeria is squarely that of strongmen. For him if we get the right type of leadership, such a leader will be able to make the citizens form the habit of observing rules and regulations.
One of the key factors that stand a parasite in the bone of strongmen that make it not suitable to our system of governance is loyalty because loyalty is always given to a strongman who put you in place of power and not to the institution where you are to serve. This is evidence in the recent matter between Asiwaju Ahmed Tinubu and Akinwunmi Ambode former Governor of Lagos State.
Can strong institutions survive without strong leaders?

It is on this note, I call on the Elites and my fellow concerned youths, Lawyers and conscious Nigerians to stand the course of this country for God sake and raise the hope and fate of Nigeria for a new dawn so that we can be extricated from the wrath of posterity.
There is a common saying that the future strength of every nation depends largely on its youths but the continuous silence and feeling of complacency demonstrated by the youths in the face of political leadership deprivation, youth unemployment and lack of access to quality and affordable education has prompted my worries to pen down this Article. 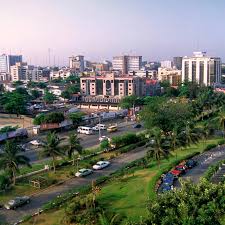 Are we not too complacent? Or should we say poverty and starvation has made us traded our fundamental rights to these strongmen in the country so that we can enjoy watching them at the helm of affairs of this country from our political gallery without participation? This is one of the saddest question that runs in my mind.
It is imperative to remind all the concerns youths of this country to know that we have a Sacred Mission and that Mission is to retrieve our dear country from the so called strongmen and prevent this country from the precipice of disintegration so that we can set our dear Country on the part of Growth, progress, prosperity and development.
But, how can this be possible?

NIGERIA MY COUNTRY: How can this be possible in a country where Godfatherism is the order of the day ? How can this be possible in a nation where loyalty is stronger than our common sense of nationhood? Can we boldly say today’s youths are the leaders of tomorrow ? How can this be possible where excruciating poverty and starvation continues to drive more youths into the ranks of beggars and whose desperate struggle for food renders their common sense epileptic to all feelings of immorality and indecency?
How can rebranding and hope to build, and uphold the unity of our dear country be possible where the majority of the youths can easily be induced with stipends to work against the rule of the land and compromise their true position.
For us to be librated from these strongmen who has broken down our institutions we must break out of our shell of silence and speak with one voice of hope for a new Nigeria.

A 300-level student of Lagos State University, Kehinde Olowa, has been released to his family by his abductors on Monday. Kehinde was abducted by unknown […]

This is to inform all the candidates that participated in the Yaba College of Technology, Yaba(YABATECH) 2020/2021 academic session ONLINE POST- UTME Screening exercise that […]