BETWEEN SURROGACY POLITICS, INTERESTS AND THE FUTURE OF DEMOCRACY IN NIGERIA » Campus News

Too many people know it has a name. A few people has the best word to describe it. But, not too many people have taken time to observed measured the level of drawbacks, and irreversible wound inflicted on our age longed democratic structure, by a political practice that stresses judiciousness and tactical value but usually reflect some lack of candor or sincerity. A political practice whereby a predecessor would ‘handpicked’ a successor to occupy a political office without a recourse to the successors’ political ideology, developing policies, plans and programs that can confront the most pressing challenging in the country. This inelegant diversionary tactic is often purportedly common among few politicians that have gained political momentum. Oftentimes, they leverage on their political influence and cheap popularity to promote self-satisfying desires with a short shift to the people’s opinion. At the expiration of a tenure, these Lords and Gurus in the helm of political affairs seat at their comfort zones to determine who is next to have a lion share in the nation’s cake. They don’t only cornering government’s appointments and usurping on what belongs to others, but also neck-reined and consented to government’s plans before implementation. In a bit to promote such compulsive ambition of having their errand boys in power, they organised a kangarool electoral process in a way that will make it look like we are part of the whole process. But it is pretty obvious today that most of these leaders are undemocratic elected because the elections that produced their candidacy were greeted with massive rigging and manipulations. This development, however, doesn’t only reflect how psychotic and obsessive these people are, but also exposed our electoral system to the butt of international community. More reason why our democracy is growing but not maturing. 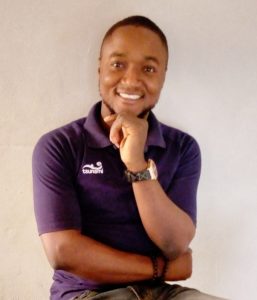 Many people we agree that such practice is liking to a practice by which a woman (called a surrogate mother) becomes pregnant and gives birth to a baby in order to give it to someone who can have. In sum, a system of practice by which one act as a substitute. In our political system today, we found out those predecessors only left office physically but still act as de facto government. They still want to think for the incumbents. To rule. To act. May I quickly flog it out that nothing is wrong with the idea of projecting a candidate for public scrutiny? Or, may I state it without mincing words that nothing would have been wrong with the system of continuity if it’s being guided by practical or prudent motives. But, results have shown so far that the predecessors are filled with self inclinations and requisition that can send our democratic system to it early grave. Further to that, it has also been fact-checked that only few of these successors have the sine que non of a leader.
The politics of surrogacy has had it’s long stay in the political history of this country enough to make a fool wise. In fact, one cant successfully divorced such practice from the political history of this nation as it is part and parcel of it. Today, the majority of the political office holders are mere opportunitists. They are privileged sons and daughters of the inner caucus of loyalists under mentoring. They are queuing for the political slot with “IQ”. Slot! That’s the buzzword. The most nauseating of all is the fact that some aren’t part of the caucus of sons or daughters under political mentoring, but were just called out of their comfort zones because of their financial strength to come and lead even when they never aspired to be a leader. Being never guided by reliable data of painstaking research and statistics. All they need to do is to master some hypnotic political choice of words, gimmicks and then, spice it up with a little drama that will arrest the attention of the masses. That’s all.
In Nigeria, political godfathers have a wonderful outsourcing skills to choose or know who and who will dance to their drums’ beat. Although there have been some surfacing exemptions lately. But somehow, they have the abundant political tactics enough to navigate their way through. Having handpicked a son amongst sons and daughters, they hand over to him a charter of demand that must be met. This charter of demand contains a lot of repugnant back -door policies that would; help the son to think, to act and to know Who and who must included his government. This practice, don’t only signal imminent doom for us as a nation but also a ticking time bomb that would one day explode. Certainly, the truth is that we have not started telling ourselves the truth in Nigeria. And the truth is that democracy is fighting for survival amidst “squadron of Interest” in this country. While we, as a person are struggling with the reality will fail to accept that democracy in Nigeria is in Print and not in Practice. What would be the future of democracy in Nigeria when it lifeline is in the hands of the “mentors” and “mentees”? Not too much growth you would expect from a country where the “mentors” have erroneous assumptions that the wish of the people don’t really matter. Or, from leaders that believed that an average person in their country is not moved by your ideas but by what can get the stomach filled, so they made frantic efforts to monetize, manipulate the entire electoral processes to ensure that their candidate(s) emerged. Although such narrative is stark and grisly, and it’s crying out for change now!

Surprisingly, these political godfathers were social crusaders and preachers in their former selves. From the market squares to the pulpits, from offices to media space, they chorused it to our ears why we must stand up and fight for our right. They wrote so many “So long a letter” and said many “unprinted” words to the then Military government. The promises of the government of the people, by the people, and to the people bedazzled us. So, we joined the tomfoolery. We were spurred to action by those Patriotic zeal we saw in them. In fact, We could wager our lives if they will renege or acted swiftly in contravention to the Spirit of those damned promises, manifestos and ideas they sold to us before they gained ascendancy. Now, they have failed us but don’t want to admit that they have. They still want us to buy ideas that led us to where we are today as a nation.

Unarguably, Soyinka’s reincarnation idea as portrayed in ‘Abiku’ is synonymous to the government by the father, through the sons we have in this country. These self-portrayed godfathers love to come for the first, and then repeated times through their sons. The idea is to build a political family where the godsons live in servile obedience to their godfathers’ psychotic obsession and compulsive ambitions.
But in recent time, the game got boomerang and twisted in the case of Edo and Osun. There was an overwhelming rejection of attempted godfatherism in Imo and Ogun in the last general elections. However, we can not totally conclude that that’s a flattened curve because many States are still indirectly held in a hostage and are still struggling to get loose of such political bondage. And in it case of Edo and Osun, it’s hard to determine who win and who lose. But from what we have observed lately, a tension is generated and heightened when the godson tries to remove the shackles tied around his/her neck in order to enjoy some political conveniences. From this point, you could preempt how the whole story would end. It’s either he is termed a political bastard or regard as an outcast.

The story gets more interesting when such godson is promised a succor in another political family. On the other side too, ideology is not an overriding phenomenon. And where a political ideology is not a major prerequisite, nothing short of undemocratic should be expected from such Parties. One of the reasons why our mind is still a fecund ground for the manacles of the powers-that-be is the abstraction we have towards political parties. We are stuck in the mode of thought that one political party is different from the other. Our mind is being used as a playing tool because we failed realize that this political parties are platforms to promote certain people’s interest. They are designed to promote some particular people’s interest and ideology. This “interest” is what they tried to imaginably “packaged” and are selling to us. With any political party, there are two major interests. The individual’s interest and the interest of the party at large. With that, you might guess where people’s interest falls. Frankly speaking, people’s interest is not the primary concern of most of the political parties in the front-line of political race in the country today. And any political ideology that is not people-centered is indirectly against democracy. No matter how hard they spin it.

However, there is no hard bone to crack on promoting party’s interest but doing it at the expense of peoples’ interest is tantamount to digging early grave for our democracy. Also, using party’s interest as the most cogent parameter oftentimes results in projecting candidates with allegations of corruption and malfeasance, which would invariably put a dent on the practice of democracy in the country. In fact, the canoe of democracy in Nigeria is about to capsize because those opportunists veering it is either inexperienced or lack technical know-how needed for it to sailed free to the shore. A democratic system that is growing between the rock and a hard place can’t promote a sheer sight of good governance if the yoke of surrogacy politics and interests roped on its neck are not untied through a new binding that reflects us as a nation.

Williams Folorunso is a political and social commentator. He wrote from Ibadan, Oyo State and he can be reached through williamsfolorunso3@gmail.com